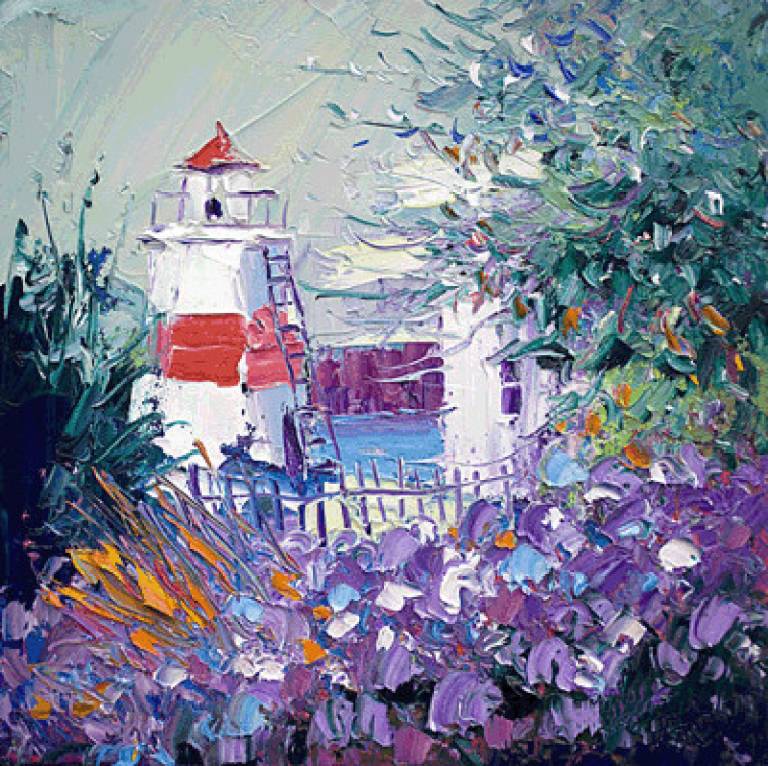 He  received several awards during that time including: W.O. Hutchison Drawing Prize and the Landscape Travelling Scholarship, Royal Academy, London.

John spent the next 25 years in Art education, teaching Art & Design at Lochgilphead High School for 21 years and as Art & Design Adviser for Strathclyde Education Development Service for schools in Argyll and Bute, Dunbarton and Glasgow Divisions from 1994 - 96.

Since 1997 he has devoted himself to painting full time, the start of a rollercoaster career  captued in film such as " IKnow Where Im Going " by Mitchell McGlone & the BBCs " The Man with the Golden Brush"as well as in the books" The Colour of Life" , " A Passion for Colour" and "Jolomo - Retrospective".

The summer of 2013 saw a major Retrospective of Johns work from (very) early years  right up to date , with 150 works on view. The exhibition took place in the newly refurbished Clydebank Museum & Art Gallery, and saw a record number of visitors with a 20,000 footfall, as well as a full programme of school visits.

John Lowrie Morrison donates a percentage of his sales to charity and makes significant donations of art work to charity each year. In November 2012, John and his wife Maureen were invited by HRH The Princess Royal to become Vice Presidents of Carers Trust.

In 2005 John established The Jolomo Foundation, a charitable body aimed at promoting and encouraging the painting of the Scottish landscape. Through The Foundation, the Jolomo Awards were launched in 2006 with the first Awards being made in June 2007 and then again in 2009 and 2011.

The Jolomo Foundation launched the Awards for the fourth time in September 2012. The Awards prize pot was £35,000, the winner receiving £25,000, making them the largest privately funded Arts Award in the UK.

In the 2011 New Year’s Honours List John received an OBE for services to art and to charity in Scotland.

Jolomo in his own words...

" To me Beauty is a balance of ... Colour.... Composition and Texture"

"Although I paint Croft Houses ...Lighthouses... the landscape & seascape etc .. what Im really interested in is ..THE LIGHT"

" Ive always been obsessed with The Light"

" To achieve the best image of The Light I use very high key colour which can be manipulated in such a way as to make the colours appear even brighter...it depends on what colour is contrasted against another!"