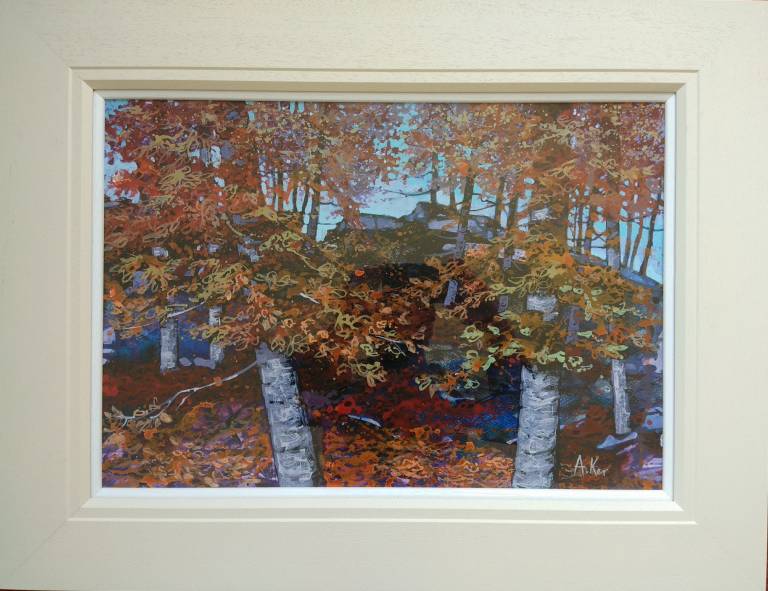 Arthur Ker was born  in Aberdeenshire, raised & educated in the West of Scotland, studying  Design at Glasgow School of Art in the 70's.After a 4 year stint as a designer with the BBC, he worked as a Design lecturer in further and higher education for the next 27 years.

Since taking up painting, he has focused mainly on landscape in watercolour and acrylic, attempting to create harmonies inspired by those found in nature.

He lives in the tiny village of Ford  in Mid Argyll and on every trip to the coast, or along the Crinan Canal or into the mountains  he always packs  his sketchbook, watercolours and camera, hoping to capture something he can develop later back in the studio. If all goes well the energy and immediacy of the quick sketch will be translated into the finished work.

The paintings here are a result of two months spent on Hoy  in the Orkney Islands.